There is one in every treasure chest. Those glittering colourful jewels that sit among the gold coins are sapphires. Captain Blackbeard didn’t search the high seas for nothing, these precious gemstones have a rich history and have long been desired for their beauty and association with myth and legend.

The Ancient Persians believed that the earths mantel rested on a giant sapphire which reflected the colour of the sky. In other ancient cultures blue sapphires represented the heavens and symbolised spiritual enlightenment. If you are in into astrology, zodiac signs, symbolism, Ancient Greece or pirate antics then this gemstone is for you….

A sapphire comes from the corundum mineral which can take millions, if not billions of years to form. Sapphires are not just blue, but they also come in a variety of different colours such as pink, purple, green and yellow. However, the striking blue colour is the most sought-after sapphire. The word sapphire is thought to have been derived from the Latin and Greek terms for blue. Another potential derivative for the name sapphire is the Sanskrit word for Saturn or Dear Saturn. Sapphires are 1 of the 4 gemstones that are considered precious. Sapphires are much rarer than diamonds, which is often a misconception as diamonds are more expensive. Unlike diamonds, the world sapphire stock is not controlled, and sapphires have not been mass marketed to the same extent. .

How Are Sapphires Formed?

The mineral corundum has been put under intense pressure and heat beneath the Earth’s surface for millions of years. Heat and pressure turn this mineral into a liquid which then seeps into the cracks of the rocks and crystallises. These crystals are initially colourless, but traces of different minerals turn the colourless crystal into what we know as sapphires. Iron and titanium are the combination of minerals that causes the colour blue. Different combinations of minerals provide a different colour outcome.

Which Colour Sapphire is The Most Popular?

The Blue Sapphire is by far the most popular, that is probably why most people automatically associate sapphires with that wonderful celestial blue. The value of blue sapphires depends on their vividness, a velvet blue or violet blue are more valuable than dark, greyish or lighter tones.

Sapphires can be found all over the world, however the most precious sapphires are found in Kashmir, situated in the Indian Himalayas. The stones found here are known as Blue Velvets. These blue velvet Kashmir sapphires are the most expensive, which regularly sell at auction for $150,000. On the flip side a cheap, dull sapphire can cost $25 per carat. Another reason a blue sapphire is treasured so dearly is because of its historic symbolism. In Ancient Greece and Rome, royalty was convinced that blue sapphires protected their owners from harm or envy. Other symbols include nobility, sincerity, faithfulness and truth. One of the most famous engagement rings in the world was a 9ct blue sapphire, given to Princess Diana by Prince Charles. 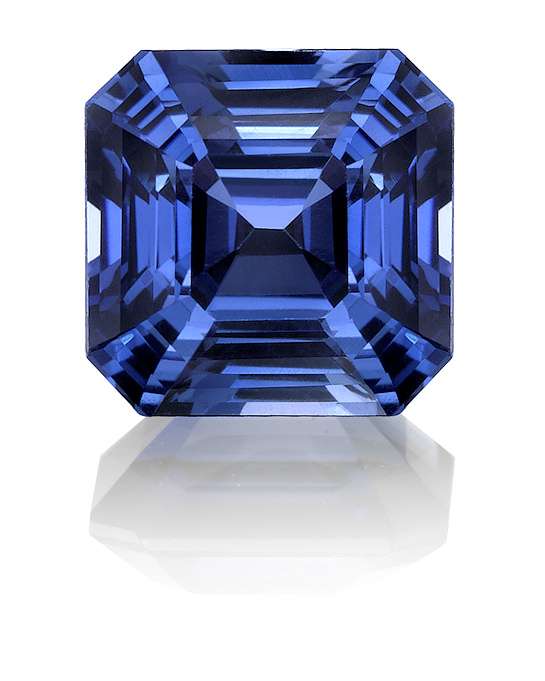 What Birthstone is The Blue Sapphire?

What is The Rarest Sapphire?

Although blue sapphires carry the most notoriety and can cost an arm and a leg, they are not the rarest. The rarest sapphire is called the Padparadshca Sapphire which is found in Sri Lanka and Madasgascar. The name comes from Sanskrit Padma Raga which means Lotus colour , because the colour is reminiscent of a lotus flower. Padparadshcas range between two colours, pink and orange reflecting a salmon tone. This sapphire stone symbolises joy, vital energy and insight. The wearer of a Padparadscha can expect to achieve calmness and clarity in decision making, helping to reach life goals. Princess Eugenie was given a Padparadshca sapphire ring for her engagement, which launched Padparadschas onto the world stage for engagement rings in 2018. 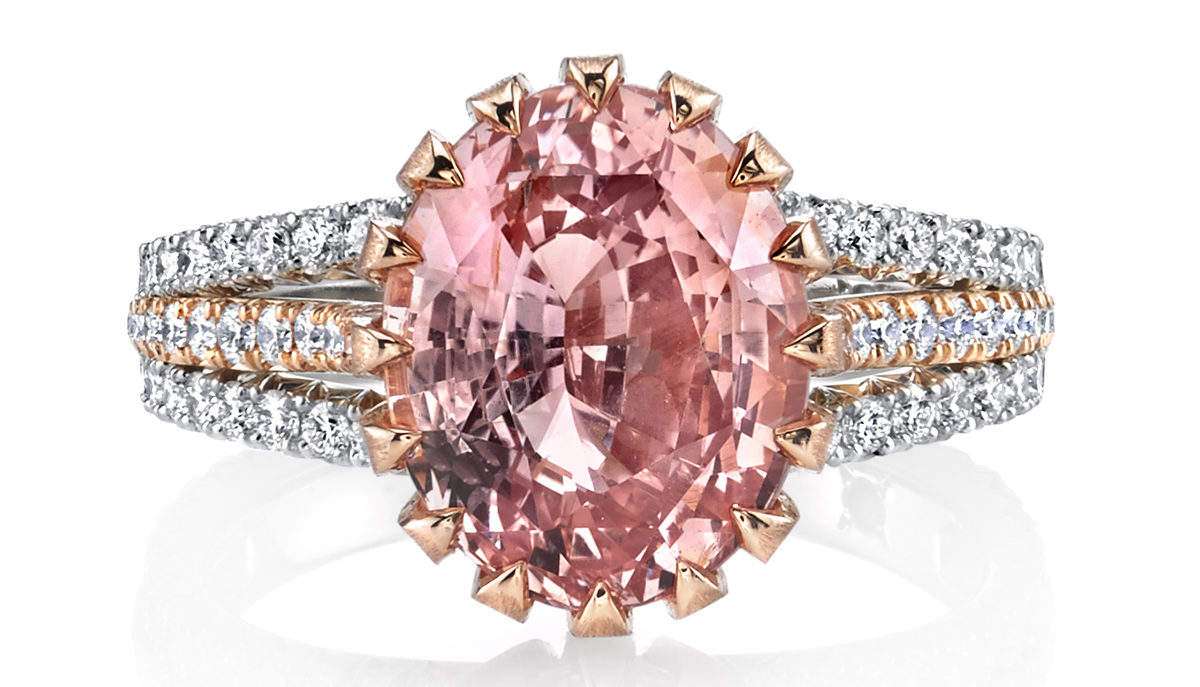 What Do Other Sapphire Colours Symbolise?

The amazing thing about Sapphires is that they come in all the colours of the rainbow. Each colour has their own symbol and meaning behind them. Engagement rings and fine jewellery can contain a variety of sapphires. Although it is uncommon to have a coloured engagement ring, having a coloured sapphire that represents you can be a unique alternative. This brief guide could inspire you to choose colour! 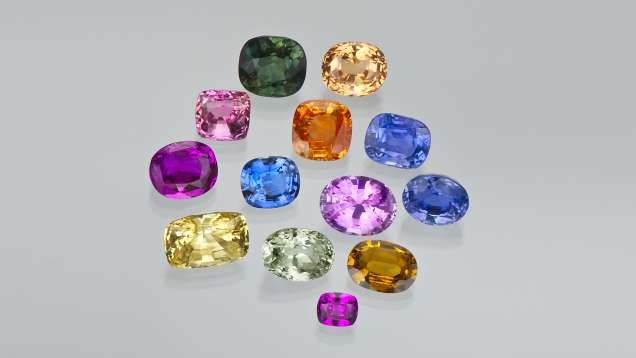 Sapphires are truly magical. From deep beneath the Earth’s surface to outer space, sapphires have a firm place within ancient mythology and astrology. Sapphire rarity is endearing, and their unique symbolism is fascinating. They come in many shades and colours, are durable and beautiful. A sapphire engagement ring? Yes please!